Here at Impsport we’re familiar with World Champions and Olympic medallists – but I don’t think we were quite expecting he levels of success witnessed at Rio 2016. Huge congratulations from everyone at Impsport to the Olympians of Rio De Janeiro, and especially to Team GB’s cyclists who topped the medal table with a total of 12, twice as many as the nearest rival.

Sir Bradley Wiggins said he would bet his house on Team GB winning gold in the men's team pursuit at the Olympics, and true to his word Sir Bradley became Britain's most decorated Olympian, the first Brit to ever claim eight Olympic medals. 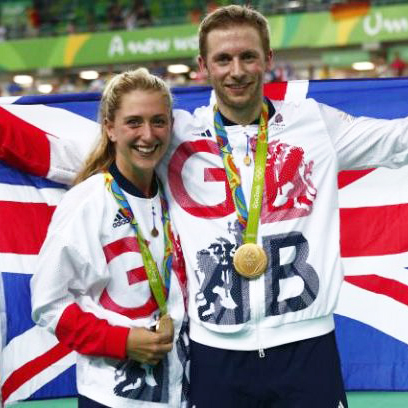 Mark Cavendish came to Rio on the back of a strong Tour de France - wearing the yellow jersey for the first time in his career and taking his 30th stage win, putting him second on the all-time list. One thing had eluded him in his illustrious career - an Olympic medal. In Brazil, he added that honour to his achievements.

Laura Trott made history in the team pursuit by becoming the first British woman to win three Olympic gold medals, and became one half of Team GB’s cycling power-couple alongside the un-flappable Jason Kenny. With the opportunity to draw level with Sir Chris Hoy as Britain's most successful Olympians, Kenny looked dominant throughout the Keirin competition, holding his nerve to win his third gold medal of the week and his sixth in total.